Hong Kong is a largely homogenous society, with about 92% of its people being Chinese (ethnically speaking, Han Chinese). The 2016 Population By-census found (by way of self-identification) that there were about 584,383 non-Chinese people in Hong Kong, or about 8% of the population. Not all members of the non-Chinese groups are permanently settled in Hong Kong. 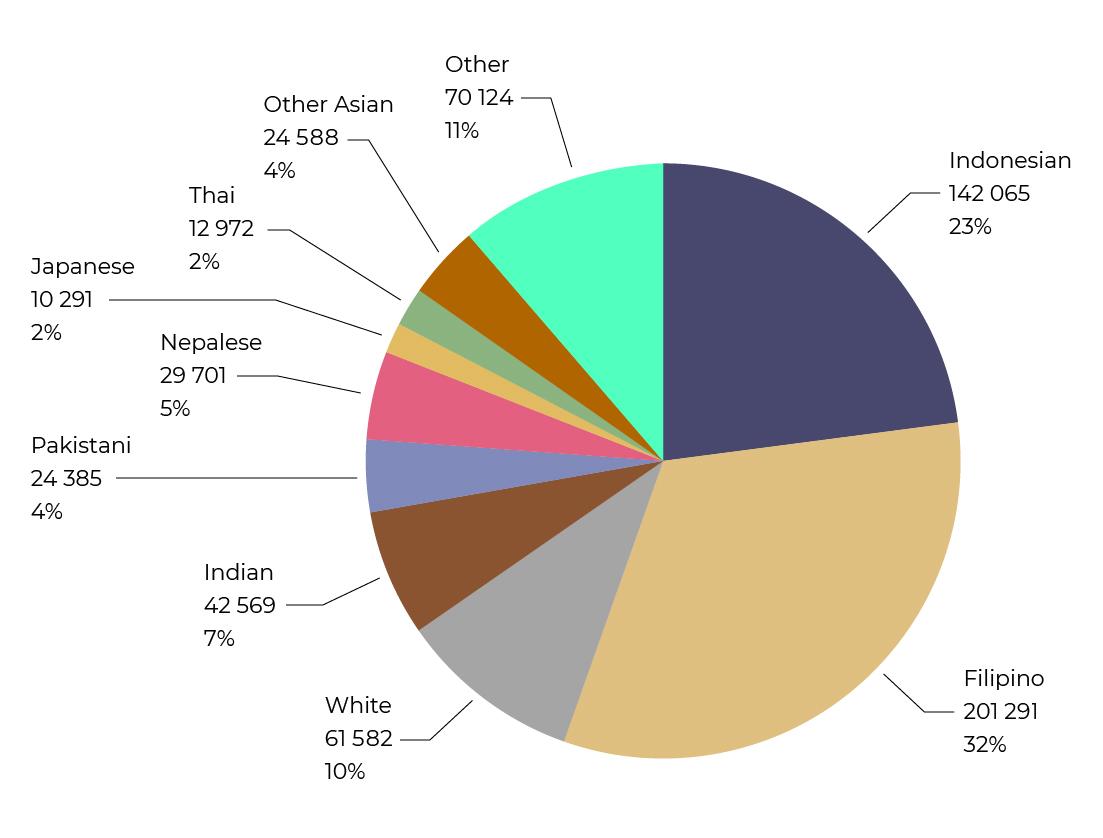 Further details about the characteristics of ethnic minorities are available in the publication entitled "Hong Kong 2016 Population By-census Thematic Report：Ethnic Minorities" which has been published by Census and Statistics Department.