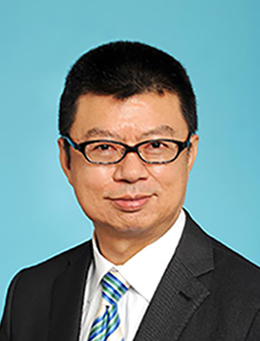 Welcome to the Homepage of the Wan Chai District Office.

Wan Chai is a diverse, multi-cultural and vibrant community. It has rich historical heritage as well as numerous contemporary constructions of unique design, making it a juxtaposition of old and new, traditional and modern. Wan Chai has more than 180,000 residents, and a transient population of over 600,000. People of different nationalities, religions, and cultural backgrounds converge in Wan Chai, which is indeed the best miniature of Hong Kong as an international metropolis.

The recent completion of a number of urban renewal projects has given Wan Chai a new look with the addition of many stylish shops and gourmet eateries. I welcome residents of other districts and tourists to come and enjoy our beautiful and fascinating district.

Every day, people come to Wan Chai District to experience its vitality and fascinating diversity. There are many world-class commercial complexes and skyscrapers in the District, the most notable being Hong Kong Convention and Exhibition Centre, Central Plaza and Times Square. At the same time, Wan Chai District has preserved its historical buildings, including Old Wan Chai Post Office – Hong Kong's oldest post office building, Hung Shing Temple which has witnessed one and a half century of shoreline development, Pak Tai Temple where a copper statue is dedicated to Pak Tai, the 18th-Century Tin Hau Temple in Causeway Bay, and the Jardine Noonday Gun which has over a hundred years of history.

For nature lovers, they may climb the old stone stairs facing Ship Street or the brae adjacent to Old Wan Chai Post Office and be rewarded with the lush greenery of Wan Chai District; on the other hand, the Victoria Park is an oasis amid the hustle and bustle of the city. The daily Flag-raising Ceremony at the Expo Promenade of Hong Kong Convention and Exhibition Centre is also not to be missed. The Ceremony is most spectacular on July 1, the anniversary of the establishment of the Hong Kong Special Administrative Region, and October 1, National Day.