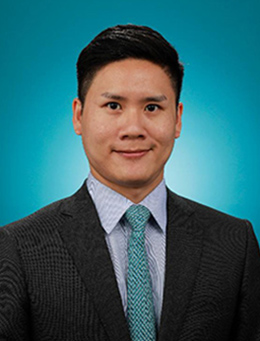 Welcome to the website of the Wong Tai Sin District Office.

Located in the centre of the Kowloon urban area, Wong Tai Sin District is where vitality meets opportunities, and has always been a promising prospect for living with convenient transportation and a full range of facilities.

Wong Tai Sin District is immersed in traditional Chinese culture.  Apart from the revered and longstanding Wong Tai Sin Temple, the mind-cleansing Chi Lin Nunnery and Nan Lian Garden are also located in this district.  Moreover, Wong Tai Sin Cultural Garden exemplifies a Chinese culture-themed garden with a unique blend of Chinese and Western characteristics.  Every brick and block of the historic buildings in our district connects tradition with modernity and narrates stories with profound cultural background.

Grassroots residents make up the majority of our population in Wong Tai Sin District. According to the statistics from the Census and Statistics Department, about 80% of the population live in subsidised housing. On the other hand, around 17% of the district’s population are elderly, the highest ratio across the territory. The major task of Wong Tai Sin District Office is to implement the district administration initiatives and provide suitable services for residents in our district by pooling the strength of Government departments, Wong Tai Sin District Council and district organisations, with a view to improving the living environment and enhancing the sense of belonging among the residents.

Traffic and Transportation Facilities : Wong Tai Sin District is the transport hub between Kowloon East and Kowloon West. Lung Cheung Road, the link road of Tate’s Cairn Tunnel and Lion Rock Tunnel, is located in the district; so is Prince Edward Road East, which is a trunk route in Kowloon. There are also four MTR stations, namely Lok Fu, Wong Tai Sin, Diamond Hill and Choi Hung, all on the Kwun Tong Line.

Places of Interest : Wong Tai Sin has many tourist attractions for visitors and locals. Among them, Wong Tai Sin Temple is one of the most famous temples, and also the only Taoist temple in Hong Kong authorised to hold Taoist wedding. Chi Lin Nunnery is a monastery complex built in the architectural style of the Tang Dynasty. It is now a featured tourist destination in the district. Nan Lian Garden, bearing resemblance to a Tang garden, was opened to the public in November 2006.

Education : The district is served by 24 secondary schools, 28 primary schools, 47 kindergartens and 5 special schools. In particular, the School Village at Po Kong Village Road is the only school village in Hong Kong. The four schools therein share facilities such as sports ground and car-park. The International Christian Quality Music School with its famous Jehovahjireh Concert Hall is located adjacent to the village.